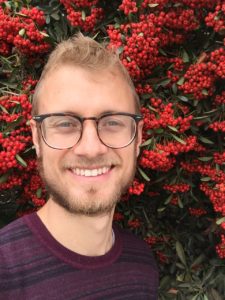 Tanur Badgley is a school teacher, blogger, and host of the People of Purpose podcast. He is fascinated with understanding the unique gifts he has been given and how he is shaped into a higher purpose when he chooses to live with full appreciation of those gifts. He believes we all have these gifts and can use them to unlock our infinite potential through pursuing our purpose. Tanur started his own path to purpose after a near-death experience falling at Yosemite National Park at the age of 19. Three years later he finished out college without a plan or a purpose to pursue. He found himself working a soulless corporate sales job, battling with depression from a devastating breakup, and eventually lying a dark room in the cold Minnesota winter after suffering his second major concussion. After three weeks of healing in the dark and two months of rehabilitation, Tanur was able to learn how to truly listen to from  his heart. During his work disability, he put in motion everything he needed to move to Thailand. and become a teacher.  In September of 2015 Tanur moved Phrae, Thailand where he taught and tutored English to 400 local 5th and 6th grade students from surrounding villages. He wrote nearly everyday in Thailand regularly publishing themes of his learning in his widely read Student Of the World Blog. He infused his blog with what he learned about himself and the world through teaching in Thailand, volunteering on an organic farm in Cambodia, trekking to Mount Everest Base Camp, sitting for a 5-day silent meditation course, and his month-long yoga teacher training certification course in Rishikesh, India.

Just over one year after moving Tanur found himself much happier and whole. He decided not to renew his teaching contract opting instead to choose an indefinite period of vagabonding and couch-surfing Southeast Asia, the U.S. and Canada through family, friends, and followers from the U.S. and Canada. This period lasted for 15 months. It was in this period that Tanur created, launched, and began hosting his People of Purpose podcast in October of 2017.  He felt compelled to go beyond himself to begin a project that shares the stories and wisdom of all the wonderful purposeful people he had met throughout his personal journey into purpose. People of Purpose features guests who live with a high degree of intentionality, are leading communities for positive change, and are treading a path that is very authentic to their passions and purpose. The podcast constantly inspires him and those listening to better align intentions with actions to live a more fulfilling and inspired life. In its first year the podcast has featured 30+ guests and 40+ total episodes. People of Purpose (PoP) has expanded to now include a regular newsletter where Tanur shares what takeaways on what he’s been experiencing and thinking about to grow in his purpose and how they can be applied to your life too. The podcast has now added a private coaching practice called Path to Purpose. Tanur expects a fully-interactive, comprehensive online course will be made available in 2019 that draws from the practices he’s learned from his guests and his personal path of purpose. 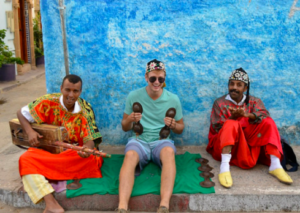 In July of 2018 after 15 months of traveling, teaching online, and finding odd jobs Tanur moved to San Francisco, California. He is completing an accelerated one-year Master’s of Education program and teaching credential as a full-time student and 7th grade social studies co-teacher at an urban, public- charter school in San Francisco. He is driven by the purpose he can express through through each of his endeavors and projects and the consistency of learning and challenge that helps him grow in his purpose which is “to be a conduit of God’s love by accepting everything he is, opening himself to learning challenges through difference, and using his gifts to live purposefully in order to help others find their purpose and fulfill their potential.”

Key Points from the Episode with Tanur Badgley: 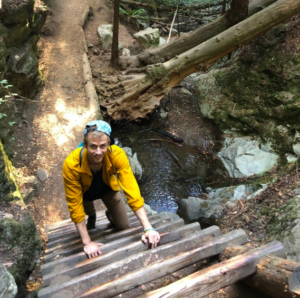