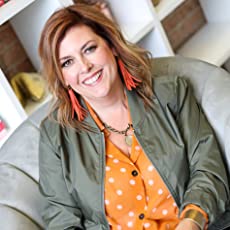 Shelley is an author, speaker, and transformational coach, who can best be summed up as a burnout fighter and fire re-igniter. She’s rebelling for rewriting the traditional script of success, starting with her new book Soulbbatical: A Corporate Rebel’s Guide to Finding Your Best Life (published by Simon & Schuster). Shelley spent 26 years as a highly regarded marketing and advertising executive, stewarding some of the world’s most iconic brands, including Harley-Davidson, Visa, McDonald’s, and AOL.

In 2016 she walked away from the corporate world to become Chief Soul Officer of her newly launched company and ultimately her life. She launched Soulbbatical with the mission to liberate the souls of leaders and organizations by inspiring them to embrace their greatest truth, purpose, and possibility from the inside out. As a certified professional coach, Shelley works with execs at Fortune 100 companies and fellow rebel-soul individuals and entrepreneurs. She has also trained with some of the top teachers in the world, including researcher and five-time New York Times bestselling author, Brené Brown.

Key Points from the Episode with Shelley Paxton: