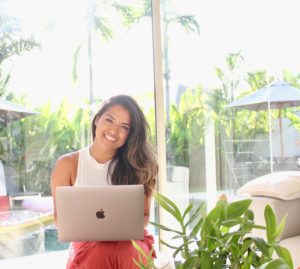 She has faced major adversities including having depression and learned how to overcome them by practicing ancient holistic modalities.

She has experienced what many today can relate to and used these lessons to develop unique approaches to inspire others to lead an impactful and meaningful life.  Sandy specializes in integrating ancient wisdom and modalities with modern day living.  Her teaching and work stem from AMI Meditation, the modern link to the World’s Oldest Health and Wellness Tradition called Yoga Science. She has a national clientele base of students and professionals, including therapists, entrepreneurs, leaders, creative freelancers, holistic experts and individuals on the spiritual path of surrendering to their Highest expression. Sandy receives her training at the American Meditation Institute and studies from Leonard Perlmutter (Ram Lev), one of the world’s most knowledgeable and respected meditation masters and mind/body medicine pioneers teaching today. She is also the founder and host of the top-rated transformational podcast called Dear Self & Co.

As a creative, kitchen singer, yogi, storyteller, writer, and big believer in humans; Sandy is on a mission to teach holistic tools that help others work through and overcome obstacles while guiding them back home to their true Self.

In this episode, Sandy shares how her life spiraled out of control starting when her father abandoned the family when she was a child. She faced other loss along the way, and ultimately lost herself in drugs, alcohol and depression. At her lowest, she found Meditation and the path to reaching her Highest. She shares her powerful journey and the inspiration for you to find the same growth within yourself.

Key Points from the Episode with Sandy Vo: