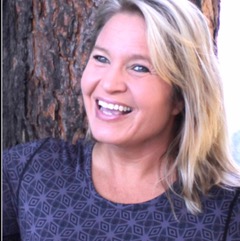 Michelle Bronson believes that not everyone fits into the same box.  Everyone has different lifestyles.  Finding those healthy changes that will become sustainable, consistent and repeatable, that is how you make change happen. She also believes that it is entirely possible to create your own unique pathway to reaching your goals.  And you know what happens along the way?  Many people rekindle an old dream, find a new desire or finally understand their calling in life, that feeling they have felt for so long and ignored.
25 years as a personal trainer has provided Michelle with the opportunity to help people from all different backgrounds presenting with their own individual set of circumstances. The challenges, problems and issues that she has confronted and conquered with her clients keeps her learning, growing on a daily basis.  Michelle is excellent at building strong relationships, listening intently to identify barriers and meeting people where there are at to align them for their next step.
In 2010 she was diagnosed with Hashimoto’s Disease, an autoimmune disease causing your own body to attack your thyroid. This sent her into a tailspin of negative emotions, chronic fatigue and weight gain amongst many other challenges.  Seeking help from a host of medical professionals within a 300 mile radius of her home, she was convinced she could find a doctor to reverse the damage. Exhausting any other options she could discover, she came to accept that this was the way her life would be from now on.  She was a personal trainer who had gained 70 pounds.  A personal trainer that no longer exercised because she was told to not stress her body and let it heal.  A personal trainer who would sleep a few hours on the couch after work and wake up just to go to bed for the night because they told her to rest. Who would hire a trainer that’s overweight and out of shape? Enter the heavy world of self doubt and personal judgement. Not too mention the hypocritical thoughts of “How am I supposed to help other people when I can’t even get control of my life?”  Stepping on the scale at the doctor’s office in January 2019 was the catalyst for her to start taking back the control in her life.  218, 218 pounds. That was the catalyst. That was the day she returned to doing the things that she knew gotten her results in the past. That was the day she gained the trust in herself and learned to listen to her inner voice.

Key Points from the Episode with Michelle Bronson: