20 years ago, Mary Shores started with an idea. Today, she is a successful entrepreneur with a multi-million-dollar, heart-centered business and a best-selling book, Conscious Communications.

But she didn’t start that way. Mary hit rock-bottom after enduring the loss of her daughter within the first year of her life, and while Mary was still very young.

She survived an unstable past filled with abandonment and instability stemming from her mother’s mental illness, but found within herself the strength to rebuild by founding an industry-changing business. She now inspires others with lessons of resiliency and empowerment nationwide.

Mary shares her gripping, emotional journey as a point of inspiration that, regardless of what we face, we can come through. And she talks about her business, debt collection, 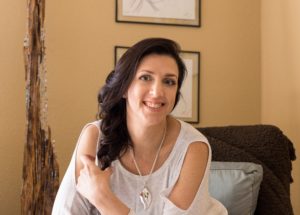 to show that regardless of the work you do, you can do it in a way that has an impact and does good. In an industry not known for such things, Mary is proof that you can rewrite the script and still succeed – something she’s done time and time again no matter how things were playing out.

Key Points from the Episode with Mary Shores: