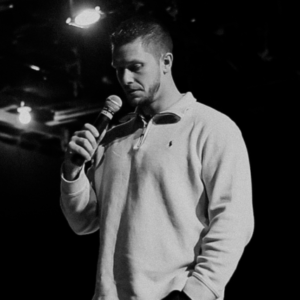 Mark Crandall’s is a story of uncommon adversity and triumph. At age three, Mark was taken from his biological mother by the Department of Youth and Families and placed in the foster care system. He lacked the tools and supports to manage both his grief and his new reality in society’s margins. From the pieces he conjured stories about his own worth. At around age 12 Mark began contemplating whether or not to just give up.

Throughout his early childhood, Mark’s behavior stood out to others as being abnormal and aberrant. He began to engage in criminal activity, acting out his aggression at the expense of those closest to him and society at large. Years of counseling and various combinations of medications could not correct the feelings of inadequacy and separation within. Mark began to self-medicate with substances; thus began his spiral into painful, chaotic addiction. Mark found himself in and out of youth detention centers and other correctional facilities. He lashed out at those who would protect and support him. Though, even in his lowest moments, Mark recognized what others saw: There was greatness in even him.

In 2007, Mark found a spiritual program of action in which he began overcoming the many traumatic moments of his childhood. He also began the process of repairing the damage that he had caused others through his efforts to navigate life. Mark found freedom in an introspective process which informs his Transformational Life and Business Coaching and drug and alcohol Interventions. Mark is trained in some of the most powerful transformation practices available, all of which he uses in his work with others.

Mark has re-written the story of his life and has dedicated his life to empowering others to accomplish the same. Mark obtained a Masters Degree in Social Work (MSW) in 2014 and became a Licensed Chemical Dependency Counselor (LCDC) and Licensed Master Social Worker (LMSW). Mark spent seven years working with disadvantaged youth and providing individual and family counseling. He has conducted many successful Interventions for families in his work and has mastered the art of Transformational Life and Business Coaching. Mark is a master of conducting interventions and empowering the intervened client and the family to heal from drug addiction.

Mark’s success as an entrepreneur has made him a highly sought-after Transformational Life and Business Coach. He and his carefully curated circle of Transformational Life and Business Coaches do not believe that anyone lacks motivation; what they may lack, instead, is vision. We recognize that with vision and the proper mindset, anything is attainable. Mark has proven this principle in his own life by building a six-figure company within five months of its start; by publishing his renowned first memoir Eulogy of Childhood Memories; by leading fruitful corporate workshops;  and by inspiring a following through paid motivational speaking events. Mark learned with help from a long line of coaches that his past did not have to define his future. Mentors taught him how to break through real and imagined barriers and access greatness that lies within each living person. Mark considers his greatest assets to be his learned and organic abilities to bring out the potential within all of his clients and to guide them as they achieve their dreams.

Key Points from the Episode with Mark Crandall: