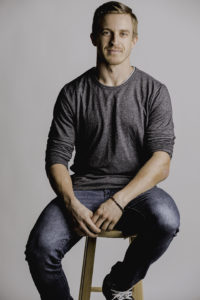 Josh Perry is a former professional BMX athlete, motivational speaker, and certified holistic health consultant that’s fighting 4 brain tumors. His strong motivation for living his best and healthiest life stems from a brain tumor diagnosis & surgery in 2010 followed by 2 additional diagnoses. After overcoming the surgeries & treatments, and realizing he most likely has a genetic predisposition to accumulating tumors, he immersed himself in research on how to enhance the health, performance, and longevity of his brain. Since choosing to change his life and follow a ketogenic diet & lifestyle, the growth of the tumors have stopped and he feels better and more fulfilled than he has ever before. Today, Josh has left competing to start his health coaching business as a way of exploring his passion for helpings other improve their brain health and become the most successful versions of themselves. Josh also teamed up with the Athlete Recovery Fund to start raising awareness and funds for a non-profit BMX/Wellness event focused on raising direct funding for direct patient care through education, sport, and faith called the Brainy BMX Stunt Shows

Josh shares what really helped him take back control of his life. Vision & goals are what helped him overcome adversity and become successful, still living with 4 tumors today. His tools are Gamma Knife Radiosurgery, a ketogenic diet/lifestyle, and leaving the competition side of BMX to pursue his wellness-focused purpose purpose, Brainy BMX. Josh feels strongly that health is internal and we all have the same choice in our life and that’s our perspective.

Key Points from the Episode with Josh Perry: