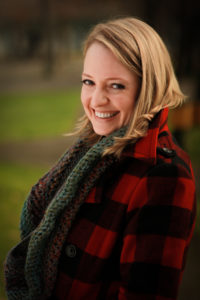 Known to be a “pathologically positive” person, Jenn Swanson has been educating, encouraging and empowering others to succeed for more than 25 years. With a background in healthcare and education, a Master’s Degree in Public and Pastoral Leadership, and a passion for wellness in the workplace, Jenn brings energy and enthusiasm to all she does.

Her weekly podcast, Careers by Jenn, is heard around the globe, and her book, “What They See: How to Stand Out and Shine in Your New Job” has been a popular read for those starting a new job. Jenn lives near Vancouver in beautiful British Columbia, Canada, and is delighted to be joining our show today.

In this episode, we focus on what drove Jenn to be so positive, and, shockingly, it began with one of the least positive things a child can go through – a parent abandoning their family. Jenn shares her story and the amazing maturity, strength and clarity she showed as a young child that set her up to become the positive, caring person she is today.

Key Points from the Episode with Jenn Swanson: