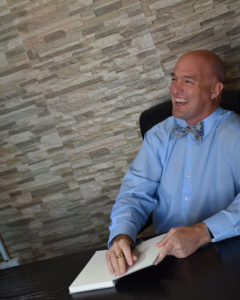 Who is James Kelley? Well, his path is still being built brick by brick and the current brick is a book Crucible’s Gift: 5 Lessons from Authentic Leaders Who Thrive in Adversity. But what about all the previous bricks?

He was the youngest of 3 1/2  kids (long story – we get into it) in a traditional Irish Catholic family, which means loud, sarcastic, passive aggressive and a touch of physical discipline, minus the obligation of Mass. His parents did the best they could with what they knew. In the middle of his time at university when he took a break from school, one afternoon his life took a turn. After walking into his job selling used cars, two colleagues were lining up a white substance and rolling a dollar bill and asked him if he wanted to try. That sparked something in him, and four months later he was back at university full-time.

After completing his undergraduate degree, his life was a series of twists and turns, ups and downs and a few zigs and zags. The death of his father, an MBA, a year teaching English in Japan, a DUI, and three jobs later, he was a rudderless vessel at sea. However, one night on Portland State University’s campus, while attending an event for potential Peace Corps recruits, his life took an unsuspected turn. In one brief conversation with four Ph.D. students, James realized that I wasn’t the dumbest person in the room, and thought a Ph.D. was possible.

He got his Ph.D. in International Marketing at the University of Western Australia and ascended to higher education. His family moved to Philadelphia for a seven-year stint. Now, he lives just outside Dubai with his wife Mary and four kids. He teaches, runs a small consultancy, and works on writing and a new startup, called Q-Change.

It is James’ belief that his story is unique and one filled with failure, and consistent no’s. What he maintained through life is a sunny disposition that if you just work hard and be a good person you will end up on top. You won’t be able to help but feel James’ energy coming through as we get into the interview.

Key Points from the Episode with James Kelley: