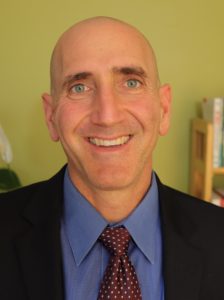 Howard Jacobson, PhD, is Chief of Behavioral Science (aka Chief Habit Nerd) at WellStart Health. He’s the host of the wildly popular (in his home) Plant Yourself Podcast.

Howard is co-author, with Josh LaJaunie, of Sick to Fit, and contributing author to T. Colin Campbell, PhD’s WHOLE: Rethinking the Science of Nutrition, and Garth Davis, MD’s Proteinaholic. His work has also been featured in Fast Company and the Harvard Business Review online.

Howard is lead instructor at the WellStart Health Coaching Academy, and co-author of the Coaching for Performance chapter of the American Management Association’s Book of Knowledge.

Howard earned his BA from Princeton University, and his MPH and PhD from Temple University.

He lives in Pittsboro, North Carolina with his wife, and sometimes with his adult children. (Fly, kids, fly!)

Key Points from the Episode with Howard Jacobson: