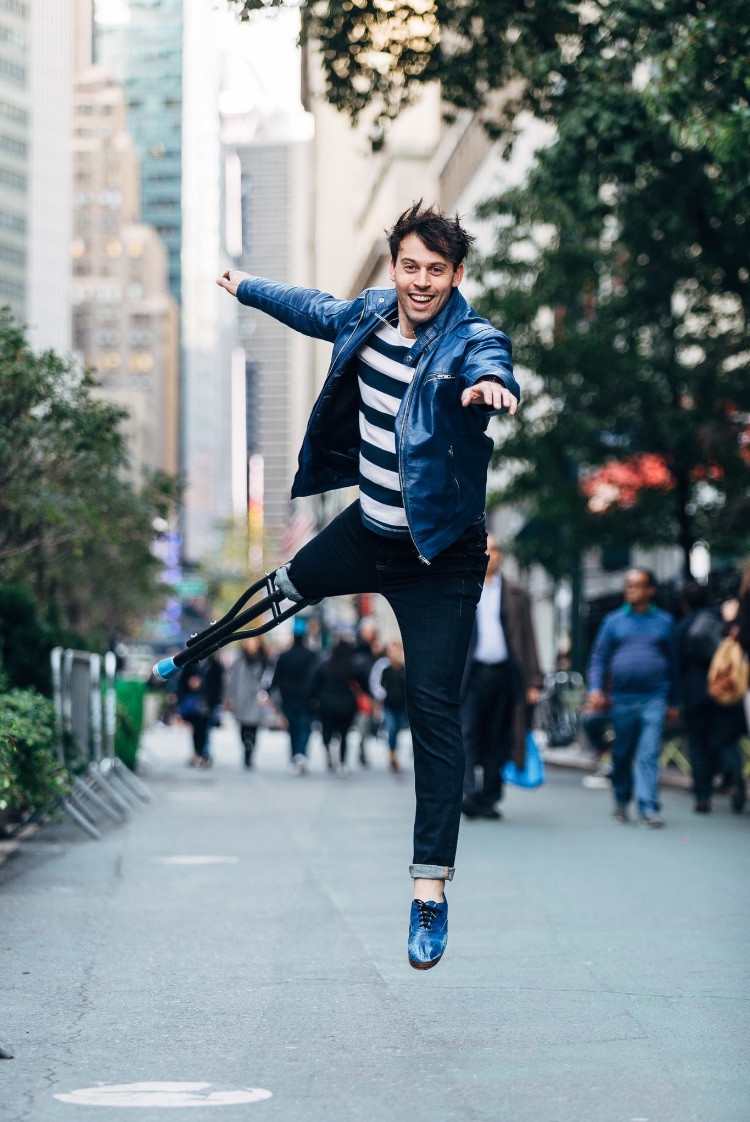 Tap dance star Evan Ruggiero began dancing at the age of five in his hometown studio and by age ten, he was accepted into the famed New Jersey Tap Ensemble.

Upon entering his sophomore year at Montclair State University while pursuing a Bachelor of Fine Arts in Musical Theatre, Evan was suddenly diagnosed with Osteosarcoma, a rare bone cancer of the right leg. His dream of ever being a tap dancer on Broadway was suddenly threatened.

Enduring nine surgeries in a six-month period in an effort to save the leg, the cancer returned more aggressively than the original diagnosis. He was faced with the ultimate decision of amputation in order to stop the cancer and save his life, as well as undergoing chemotherapy for sixteen months.

Eighteen months after the amputation, and only two days after receiving his “peg-leg”, Evan was tapping again. In 2017 he was awarded a Clive Barnes Award in Theatre for his starring role as Tom Jones in the Off-Broadway hit “Bastard Jones.” Credits include: Bastard Jones (Off-Broadway) The Toxic Avenger (Pittsburgh CLO), The Ellen Show, Quelli Che il Calcio (Rai Due, Milan, Italy), Yes I Can (Paralympic Games Film), Shrek (Pittsburgh CLO), Man of La Mancha (Pittsburgh CLO), Best Night Ever (Transcendence Theatre Company), Pretty To The Bone (NY Theatre Barn), Hans Christian Anderson (NYC reading), The Penalty (The Public), and Evan and The S’Evan Legs (Kennedy Center).

Key Points from the Show with Tap Dancer Evan Ruggiero