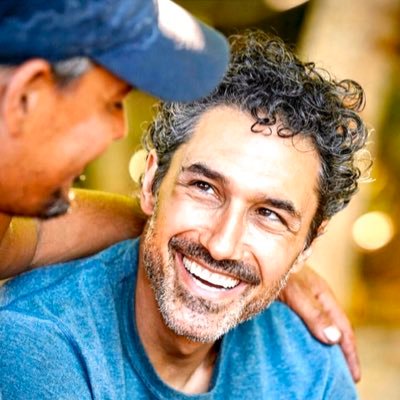 Ethan Zohn is a humanitarian, inspirational speaker and television host; former professional soccer player; cancer survivor and advocate; winner of the hit reality television show, CBS’s Survivor: Africa; contestant on season 40 of Survivor: Winners at War, author and inventor; and co-founder of the global non-profit, Grassroot Soccer. He has found purpose through his humanitarian work and community involvement, and believes that a better and healthier world can be achieved through education, advocacy and inspiration.

In 2002, Ethan used a portion of his Survivor: Africa winnings to help found Grassroots Soccer (GRS), an adolescent health organization that leverages the power of soccer to educate, inspire, and mobilize at-risk youth in developing countries to overcome their greatest health challenges, live healthier, more productive lives, and be agents for change in their communities. To date, the organization has reached over 2.9 million youth in over 60 countries with critical health information, access to health services, and mentorship.

Ever the tireless and creative promoter, in 2008, Ethan embarked on a record-breaking 550-mile journey on foot, from Boston, MA to Washington, D.C., dribbling a soccer ball the entire route, to raise money and build awareness for GRS.

In 2009, as a fit, active, 35-year-old former professional soccer player who had traveled the world on behalf of the international health community through Grassroot Soccer, Ethan became an unlikely face of cancer. Diagnosed not once but twice with CD20+ Hodgkin’s Lymphoma in the span of several years, Ethan endured years of aggressive treatment, including two stem cell transplants. Never losing optimism, spirit, or humor despite extraordinary rigors and setbacks, Ethan used his journey and considerable platform to connect with others – young adults in particular – and offer much-needed inspiration, advice, and comfort.

Ethan is a graduate of Vassar College, and he has played and coached soccer professionally in Zimbabwe, the United States, and as a member of the US National team for the 1997 and 2001 Maccabiah Games in Israel and 2004 Pan-American Maccabiah Games in Chile. In recognition for his work Ethan was awarded the 2004 Nkosi Johnson Community Spirit Award by the International Association of Physicians in AIDS Care, the Heroes Among Us Award from the Boston Celtics and the Massachusetts State Health Department, and the Auxilia Chimusoro Award from the US State Department in Zimbabwe.

Key Points from the Episode with Ethan Zohn: