I had the pleasure to get to hear Dick Vitale give a motivational talk at a work event. I was blown away. And it wasn’t just the celebrity awe we were all in, but his message, his passion and the genuineness of his investment in being with all of us. You can see he just wanted to be there and have an impact. I knew as I listened that I had to have him on the show, and I’m so honored to bring this episode to you.
Dick Vitale, college basketball’s top analyst and ambassador, joined ESPN during the 1979-80 season — just after the network’s September 1979 launch — following a successful college and pro coaching career.  In 2008, Vitale received the sport’s ultimate honor when he was selected as an inductee into the Naismith Memorial Basketball Hall of Fame (after being named a finalist in 2004, 2006 and 2007) as a contributor.Vitale called ESPN’s first-ever NCAA basketball game – Wisconsin at DePaul on Dec. 5, 1979 (a 90-77 DePaul win).  Since then, he’s called close to a thousand games, including NBA contests for ESPN during the 1983 and ’84 seasons. 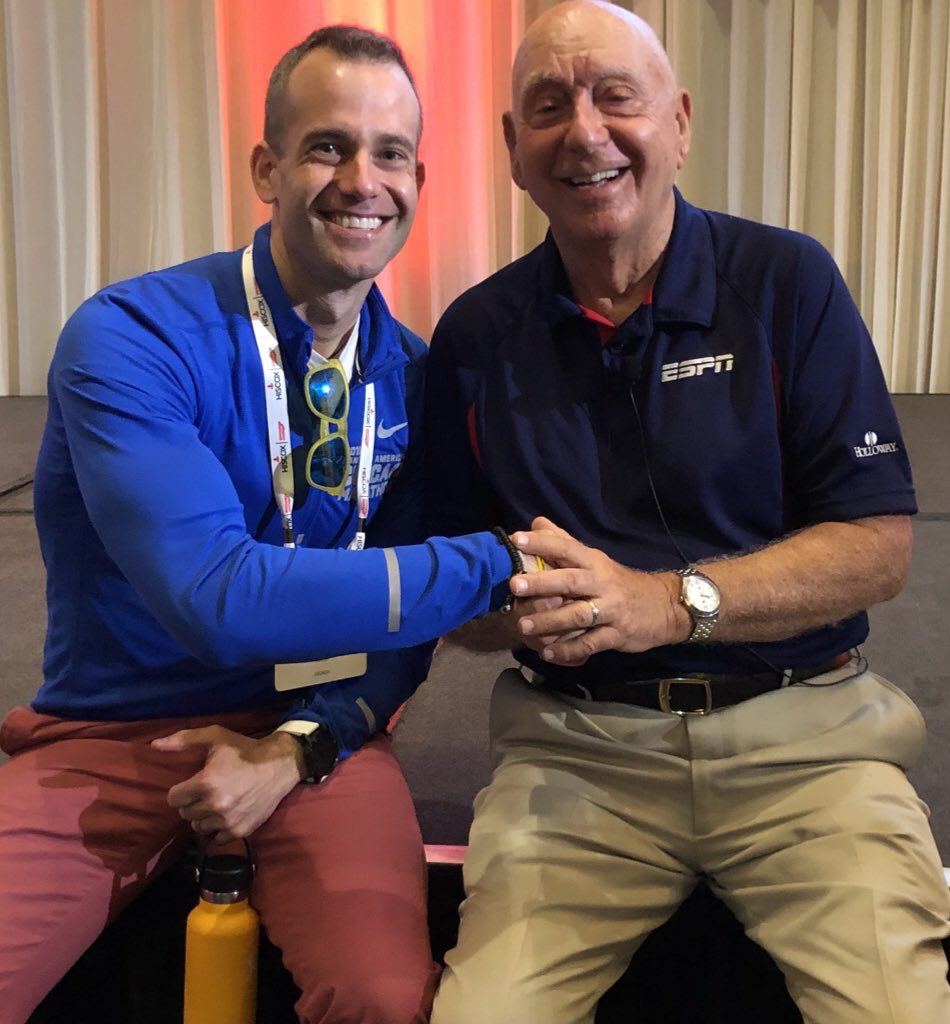 But Vitale’s talents and influence extend way, way beyond just game analyst.  He provides commentary on a variety of topics in his “Dick Vitale’s Fast Break” segment which airs Wednesday evenings during the college basketball season on SportsCenter, and serves as a college basketball analyst for ESPN Radio, including appearing each Monday on the “Mike & Mike in the Morning” show.  He has been a college basketball analyst for ABC Sports since 1988, and has also covered the NBA Finals and the 1992 Summer Olympics for ABC Radio.  His weekly ESPN.com column is one of the web site’s most popular features.“I’m living the American dream,” Vitale once said. “I learned from my mom and dad, who didn’t have a formal education, but had doctorates of love. They told me that if you gave 110 percent all the time, a lot of beautiful things will happen. I may not always be right, but no one can ever accuse me of not having a genuine love and passion for whatever I do. And ESPN has been grateful enough to recognize this.”And while his knowledge, preparation and enthusiasm are unparalleled, his “Vitale-isms” have unwittingly taken on a life of their own. Just a few of his many household phrases: “Awesome, Baby!,” “Get a TO, Baby!” (call a timeout), “PTP’er” (prime-time player), “M & M’er” (a mismatch), “Rolls Roycer” (a flat out superstar), “diaper dandy” (freshman star), “All-Windex Performer” (ferocious rebounder) and “Maalox time” (the final minutes of a close game). Vitale credits Hall of Fame broadcaster Jim Simpson, who he teamed with in the early 80’s, in helping him develop his broadcast style.Vitale’s roots are in teaching the game he’s loved since a child. Vitale is also quite the philanthropist. He’s on the Board of Directors of The V Foundation, a non-profit organization dedicated to finding a cure for cancer. For many years he’s awarded five scholarships annually to the Boys & Girls Club of Sarasota (Fla.). Vitale’s also authored nine books, including one children’s title.

Key Points from the Interview with Dick Vitale