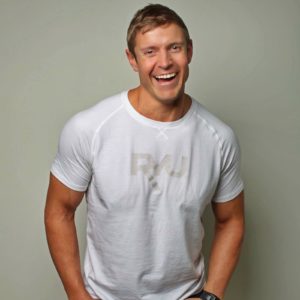 Dai Manuel is a super dad, dating his wife and currently doing life with his family around the globe.

He is also an award-winning digital thought leader and author, executive performance coach and certified lifestyle mentor who empowers people to lead a FUN-ctionally fit life through education, encouragement, and community.

Dai models his work based on 5 F’s: Fitness, Family, Finances, Faith with an overarching roof of FUN, built on a rock-solid foundation of Health.

As a former partner and Chief Operating Officer of a multi-million dollar retail company, a keynote speaker, brand ambassador, competitive athlete, a family man, and community leader, Dai knows the struggle of the juggle and keeping his health and happiness a priority.

Dai and his family are on a mission to impact one million role models through education, entertainment, and inspiration by 2020. He’s also a good friend who became a mentor to me when I was starting my journey to create what became Do a Day, including pushing me to see what I could create by bringing my thoughts together in my book. Dai is an amazing human being full of inspiration, and he shares that with us here.

Key Points from the Episode with Dai Manuel: