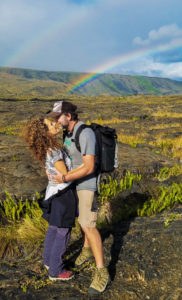 Patrick, or “Paddy”, Cullinane is a serial entrepreneur who has started and sold multiple businesses and developed several software applications in the logistics and supply chain industries. Sam Cullinane began her career climbing corporate ladders to achieve the rank of Chief of Staff of a multi-billion dollar, multi-national company, before leaving that life behind to pursue a career in music, working with Paddy on his endeavors, and joining him to help couples work on their relationship through their podcast, books, speaking a more.

Sam and Paddy have been married for over twenty years and they would tell you they are one of the happiest couples they know. But they weren’t always this happy. In fact, after ten years of marriage, they were ready to sign the divorce papers. During the first ten years of their marriage, they struggled through like most people do: trying to navigate life together without any real tools, realizing they were in many ways opposites, fighting often, having sex less and less, distrust and jealousy rearing their ugly heads, and what they believed was falling out of love. They were under tremendous pressure, as many families are these days, raising their two children and each of them pursuing their rigorous careers. In their tenth year of marriage, they decided to call it quits and filed for divorce. 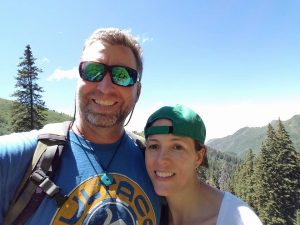 After a year apart, against all odds, they decided to get back together. This time they came with new insights including recognition of the things each of them brought to the relationship – good and bad. Both made the necessary changes to successfully start their next chapter.

For the last ten years they’ve grown their love, their bond, and created an amazing life together. They became students of love and they never looked back. Their book, released July 2017, Bigger Love – is their story along with tips, tools, and tricks for taking your relationship to a higher, deeper, more satisfying level. Their second book, Marriage: From Miserable to Magnificent, was released in early 2020.

Key Points from the Episode with Sam & Paddy Cullinane: