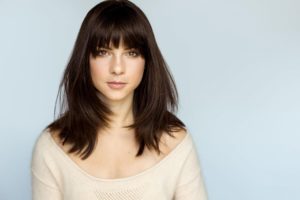 Brooke Siem is a true renaissance woman. She’s a professional chef (and Food Network Chopped Champion), world traveler (30+ countries), breathwork coach (more nasal breathing, please!), and grief/mental health advocate. Her broad range of life experience helps her to connect to clients while providing actionable tools that help them navigate the mental and emotional challenges of modern living. She believes in the power of using life’s triggers as a roadmap to healing, with self-awareness and self-compassion as the driving force for positive change.

Brooke had been prescribed antidepressant and anti-anxiety drugs at 15 years old after her father’s sudden death. An unexpected  opportunity for a life abroad sparked the realization that she had been heavily medicated for half of her life. She decided to make a massive change.

First, she booked a one way ticket to Malaysia. Then, she got off all the prescription drugs.

Two years and 19 countries later, Brooke’s primary focus is on advocating for mental health and wellness without the use of antidepressants and anti-anxiety drugs. Though she believes that these sorts of drugs can have their place on the road to healing, her own experience has taught her that these medications are often poorly monitored by doctors, prescribed without thought of the long term consequences, and prioritize the notion of “existing” versus thriving. Brooke’s goal is to show that it is possible to live a joyful, centered life without the use of antidepressants, no matter how far down the rabbit hole we once were.

We get into the backstory that lead to being on medication for a decade and a half, the catalyst to come off them, the process of doing that (and what she discovered about herself through that very difficult journey), and how she’s lived her life since.

Key Points from the Episode with Brooke Siem: