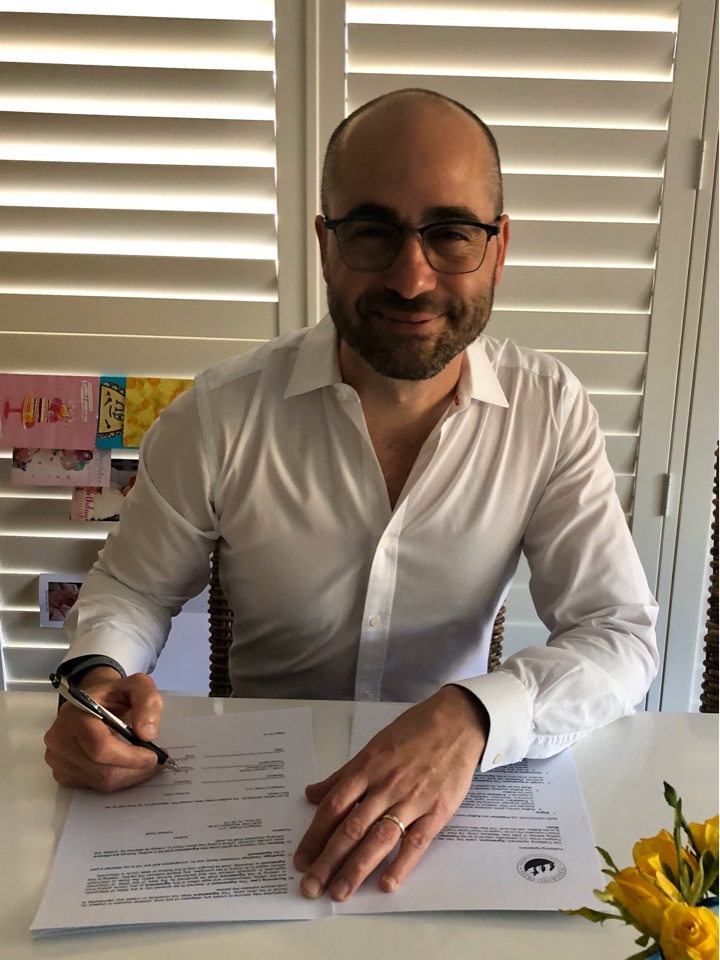 Around 15 years ago, Andrew Hood was transferred to another city for work. It coincided with having financial problems due to a bad real estate investment that he had made at the time. He was isolated from family and friends with a failing single income, a bad investment and a two year old son. He had always been a sufferer of anxiety, but at that point, he was deep in depression also. Andrew didn’t want to let anyone know that things had gotten so bad because that would be like admitting he was failing at life. Things go so bad that his wife ended up calling his father because she was scared that he might hurt, or perhaps even kill himself.

Around that same time, he had people coming up to him at work and asking him to be their mentor because they saw him as someone who really had his act together. To put it simply, Andrew was living a lie at work and at home.

His wife calling his father was probably the best thing that could have happened to him because of the love and support his parents have always shown him. Andrew still remember his father saying “You don’t understand son, hearing the words ‘dad I need help’ is one of the nicest things that I could ever hear as a father.”

Soon, Andrew had a plan with his father and accountant to get out of the investment trouble once and for all and was starting to see a therapist about his mental health struggle.

Over the next 15 years, Andrew has been working on his career (Now a Director Of Sales for a multinational IT Company), and started a blog which was awarded no.39 in the Best and Most Inspiring Blogs Worldwide, Written two self-published books, and, late last year, signed a publishing contract to release his first novel to the world. He also now loves reading philosophy and learning about people.

His life is busy but great.

He helps people now, with his management style and in his writing. The book he just published, The Man Who Corrupted Heaven, is about a rich man who dies and progresses through something called the 4 stages of death. It deals with self-reflecting and issues such as child sexual abuse. It is already getting fantastic reviews.

Key Points from the Episode with Andrew Hood: