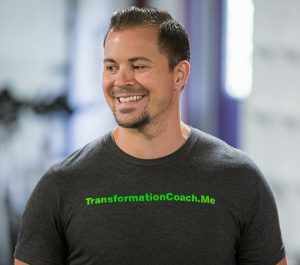 Adam Schaeuble, aka The PHD (previously heavy dude), is the host of the top ranked fitness podcast “The Million Pound Mission” (and the recently launched “Casting the Pod”). He reached a point in his life where he weighed 327lbs and was already having weight related health issues in his late twenties. He decided to overhaul his lifestyle and his fitness and ended up losing over 100lbs.

Feeling inspired, he took what he learned from his own transformation journey and created a bootcamp program that produced over 35,000 lbs of results in his home town of Bloomington, IN.

Now Adam has set his sights on inspiring over one million pounds of healthy results through his podcast, coaching programs, and the Million Pound Mission Bootcamp.

Key Points from the Episode with Adam Schaeuble: